Pablo Picasso (1881-1973, Spain) was a painter, sculptor, ceramicist and printmaker who spent most of his life in France. One of the most important, influential and acclaimed artists of the twentieth century, Picasso is regarded as one of the founders of modernism, abstract painting and cubism. With his rich and unique language, Picasso described his personal and social surroundings combining fantasy with harsh reality, and the comic with the tragic. His works break the two-dimensionality of the canvas support with rich colors and bold expressive forms. They attest to a rare ability to capture emotions, moods and thoughts in a sensitive, intuitive and expressive way that goes far beyond mere superficial appearance. Picasso’s personality and private life was very much in the public domain and had a central role in both his art and the success he achieved during his lifetime. His works are constantly studied and are the core of some of the most important modern art collections in the world. 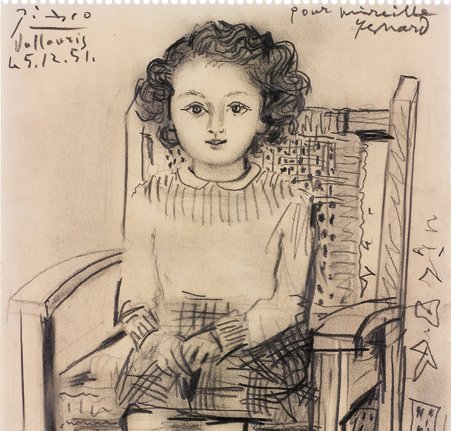